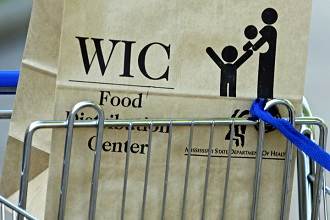 Authorities busted up a massive multi-million dollar welfare fraud scheme that has been running rampant in Asian communities throughout the city, sources said.

Around 20 delis and bodegas were raided across Brooklyn, Queens and Manhattan Wednesday in a joint operation between Department of Homeland Security Investigations, The New York State Department of Health and New York Attorney General’s office that uncovered the endemic corruption, sources said.

Store owners would allegedly purchase customer’s WIC coupons and give the recipient a percentage of the cash value.

The store owners would then pocket their cut of the money before being reimbursed by the government for the coupons, sources said.

So far, 25 store owners were taken into custody in connection with the scam with more arrests expected Wednesday. Several hundred thousands of dollars were also seized from the businesses’ bank accounts — a mere fraction of the millions generated by the fraud.

Sources said the scheme was localized specifically in Asian neighborhoods, with some stores buying as much as $20,000 worth of welfare vouchers per month.