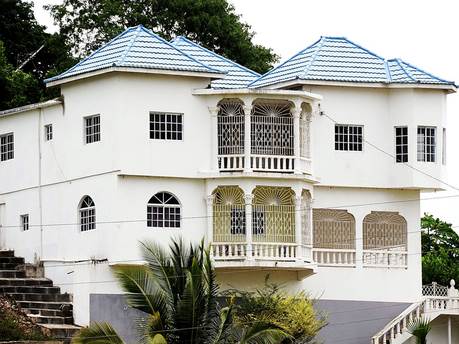 Dudus Coke the now jailed Tivoli Don was said to have been one of the most hated dons in Kingston according to sources. Coke who was famous for helping Tivoli residents proved to be a bully to others because of the money he demanded from just about anyone who lived above average.

The Don who mingled with uptowners as well as those in the garrison, would often compile a list of men he had information about and send his henchmen to them. Music producers, Artistes, Business men surrounding Tivoli and as far away as Half-Way- Tree had to pay an amount to him on a monthly basis. To date, the Jamaican government as well as U.S authorities are unable to locate the ”revenue” Coke collected as well as his assets.

Allegations are that it was the Don who ordered the death of a well known dancer, who was told by Coke that he had to begin paying a monthly because he was traveling abroad and making enough money to make contributions in Tivoli. On the night the feud between the dancer and entertainer reached its peak , allegations are the the opportunity was seized and it took a long time after the dancer’s death to find out who killed him. The entertainer’s brother died before the discovery was made , also a few members if his family were said to have been victims of Obeah that came from the dancer’s mother.There was said to be a long standing and unspoken feud between the men of the Roses Crew and the Tivoli Crime boss stemming from ”street taxes” demanded from the Don of the Roses crew by Coke. Some residents allege that the cause of that Don’s death was because he had refused to pay the money demanded by Coke.

Not only was Coke a murderer as was stated in U.S court transcripts, he was a ruthless swindler who went out of his way to ”fund” his cause and everyone had to pay. It is said that Coke kept his eyes and ears to the ground and many investors who wanted to do business in Jamaica were discouraged by the taxes he demanded. 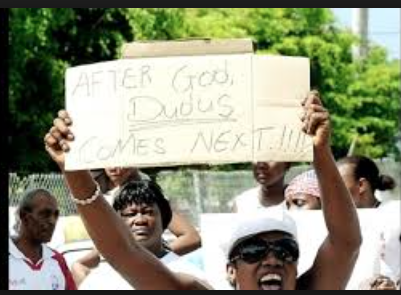 In a court letter Coke wrote to the judge , he emphasized on the money he gave to the poor but information provided also by the transcripts proved that, Coke could have done more besides the Christmas Treat given to residents annually .Money that was given on a weekly basis was earned one way or the other. Coke gave nothing freely.
Market vendors, Music Producers, Business men, drug mules and government contracts were all a part of Coke’s money scheme. National Water Commission and The Jamaica Public Service are still unable to collect money for their services used by residents of Tivoli Gardens and whilst living also rent-free along , the residents lived in abject poverty. The money Coke received is still unaccounted for. 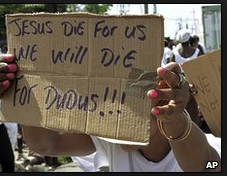