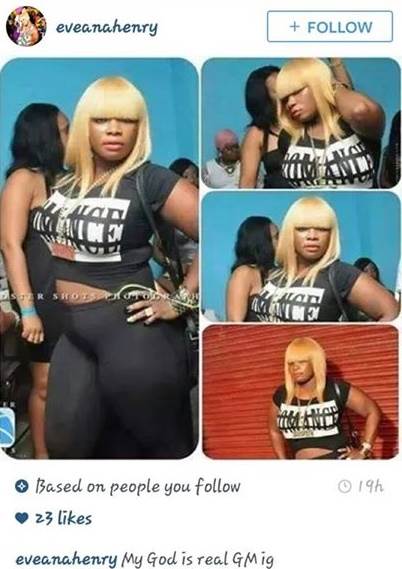 Pamputtae claims she was set up
Diandra Grandison, Staff Reporter
Dancehall deejay Pamputtae is setting the record straight and clearing her name, after an image of a woman in a compromising position has gone viral, with many claiming that it is the artiste.
It was revealed to THE WEEKEND STAR that the woman, who bares a striking resemblance to the dancehall artiste, is actually a United States-based adult film star.
The artiste revealed to THE WEEKEND STAR that she knows who is responsible for creating the image and claims that it was done out of jealousy in a bid to tarnish her reputation.
Legal action
“Is she create the pic because she want the man, but me have him lock and she mad,” she told THE WEEKEND STAR
She stated that because of the graphic nature of the image, she intends to take legal action against those persons who insist on circulating it and is pleading with persons to desist from sharing it.
“Me need dem pictures there fi stop go roun’, they need to stop and go on my Instagram or Facebook page and check before they share it and pass their remarks,” she said. “I plan to sue people, me have a chop pan my hand and the girl nuh have no chop. It’s just the bang (hairstyle) why people seh is me.”
In response to the jab at her reputation, Pamputtae said she created the song Mud Up Mate, produced by Friends for Real Production.
Pamputtae recently released singles titled Eee Good and Mi Love Touch along with the controversial Husband Lock. She told THE WEEKEND STAR that she is also set to release several calypso songs.