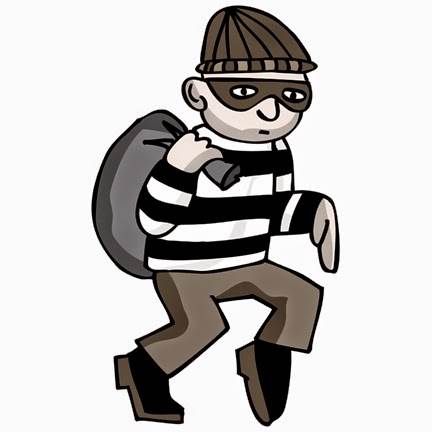 Everyone at some point during the course of their life have experienced dreams where something was either stolen from them or something belonging to them went missing in their dream.

Let’s say for example you had a dream and in this dream you were exiting a bank but as soon as you stepped outside of the bank you ere robbed by masked men. Well, the masked men like I mentioned earlier are indeed masquerading spirits in the Dreamer’s dreams robbing the dreamer of his spiritual financial blessings. If such a dream is not challenged via canceling and rebuking the dream, then in reality the dreamer will be able to accumulate monies but will always mysteriously lose the money someway somehow. For example the dreamer will be allowed to save towards a specific goal, such as purchasing a car. Well, just when he reaches his goal some type of emergency happens or someone breaks into the Dreamer’s home and steals the money. Simply put, whatever the dreamer refuses to deal with in the spirit will eventually deal with the dreamer in the natural!

If you have experienced such dreams, then the following prayer is how you would pray to challenge these spirits: Firstly, you must ask God for the forgiveness of all your sins according to 1 John 1:9. Secondly, you must outfit yourself by praying the whole armor of God over yourself according to Ephesians 6:11, 13-17. Thirdly, you must thank God for giving his angels charge over you to keep you in all your ways, these angels are there to assist you according to Psalm 91:11-12. Now you begin praying the following prayer:

Father God, in the name of your only begotten son Jesus Christ, I come before your throne of grace and mercy seeking your divine help. Lord I come reminding you of your word that says I can do all things through Christ that strengthens me according to you word in Philippians 4:1. Father, with your divine assistance I command every spiritual robber to be paralyze by the power and authority of your word that says, “That at the name of Jesus every knee shall bow of things in heaven (the spiritual realm) and things in earth, and things under the earth” according to Philippians 2:10. Lord, I decree and declare that not only have I discovered and identify these spiritual robbers in my dream stealing from me but by the authority of your word I command these same spiritual robbers to return and restore unto me seven fold of what they have originally taken from me and including the wealth of his house according to your word in Proverbs 6:31.

Father God, just how you have empowered the right hand of king Cyrus and you went before him and leveled the obstacles that was in his way while at the same time providing him with the hidden treasures and hidden riches of secret places according to your word in Isaiah 45:1-3, Lord I am asking you to visit my life with the same favor extended to king Cyrus in the name of your son Jesus Christ.

Finally Lord, you said in your word that all things are possible to him that believe according to your word in Mark 9:23. Therefore Father, I believe your word and I believe that every spiritual robber has been subdued spiritually and that they are all under my feet. I further seal these spiritual robbers fate by commanding them to be tormented before their time according to Matthew 8:28 in the mighty name of Jesus the Christ. Amen!