Billy Paul, a singer whose suave but impassioned vocal style made “Me and Mrs. Jones,” a slow ballad about a man’s love for a married woman, a No. 1 hit in 1972, died on Sunday at his home in Blackwood, N.J. He was 81.

His manager, Beverly Gay, told The Associated Press that the cause was pancreatic cancer.

“Me and Mrs. Jones, ” written by Kenny Gamble, Leon Huff and Cary Gilbert, was one of the signature expressions of the 1970s Philadelphia sound, heard on a stream of hit records produced by Mr. Gamble and Mr. Huff for Philadelphia International Records. 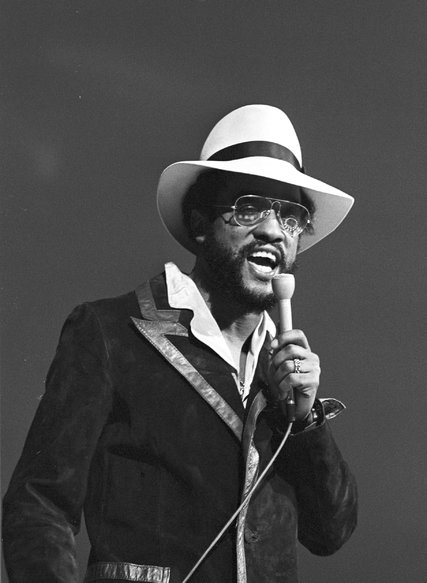 A lush string arrangement and punchy horn parts complemented Mr. Paul’s velvety, husky baritone, which built from a near-whisper at the beginning of the song to a wrenching, drawn-out shout of “Me and Mrs. Jones” at climactic points.

The song, included on the album “360 Degrees of Billy Paul,” sold more than two million copies, earned Mr. Paul a Grammy Award in 1973 for best R&B male vocal performance, and “established musical standards for pop soul that have yet to be superseded,” the critic Robert Palmer wrote in The New York Times in 1978.

Nothing in Mr. Paul’ s later career came close to matching the success of “Me and Mrs. Jones,” which was later recorded by the Dramatics, Michael Bublé and others. In 1973, his label made the risky decision to release an up-tempo funk single, “Am I Black Enough For You?,” whose pointed political message kept it off mainstream radio stations.

Billy Paul. Me And Mrs Jones. Original Video Video by spermbank1
“People weren’t ready for that kind of a song after the pop success of ‘Mrs. Jones,’” Mr. Paul said in a 1977 interview with the music writer and producer John Abbey. “They were looking for a sequel, or at least something that wasn’t provocative.”

He was born Paul Williams on Dec. 1, 1934, in Philadelphia. Early on he became enamored of the silky vocal style of crooners like Nat King Cole and Johnny Mathis. Because he had a high upper range, he also gravitated toward Ella Fitzgerald, Sarah Vaughan, Dinah Washington and other female singers.

“The male singers who had the same range I did, when I was growing up, didn’t do much for me,” he told Tony Cummings, the author of “The Sound of Philadelphia” (1975). “But put on Nina Simone, Carmen McRae or Nancy Wilson, and I’d be in seventh heaven. Female vocalists just did more with their voices, and that’s why I paid more attention to them.”

After attending the West Philadelphia Music School and the Granoff School of Music, he sang in local jazz clubs and recorded ballads for minor labels before being drafted into the Army, serving in the same unit as Elvis Presley in West Germany. With Gary Crosby, Bing Crosby’s son, he formed the Jazz Blues Symphony Band.

“We tried to get Elvis to join but he wanted to be a jeep driver,” he told the magazine Blues and Soul in March.

He was singing with a jazz trio in Philadelphia when Mr. Gamble offered him a contract with his new label, Gamble Records. Mr. Paul, who had changed his name to avoid confusion with other performers named Paul Williams, recorded an album of jazz standards, “Feelin’ Good at the Cadillac Club,” for Gamble in 1968 and the more commercial “Ebony Woman” for its successor, Neptune Records, which evolved into Philadelphia International in 1971.

Mr. Paul is survived by his wife, Blanche Williams, and two children. Complete information on his survivors was not immediately available.