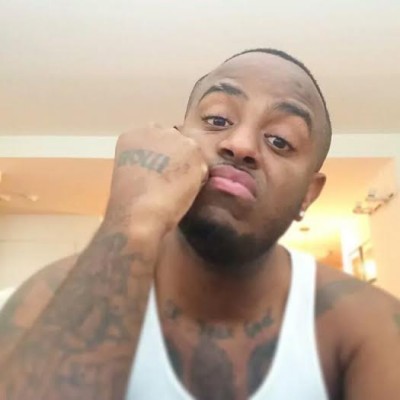 -Him go do credit cards scam up inn a Boston and get ketch, police drive him dung and shot him put in him name on Google Sajid Dacres

WARE – Sajid Dacres, 30, charged with attempted murder of a Ware police officer, was arraigned from his hospital bed Friday afternoon at Baystate Medical Center in Springfield, according to the Northwestern District Attorney’s Office.
John Payne, presiding judge at Eastern Hampshire District, set cash bail at $100,000.
Dacres was represented by attorney Alan Rubin, a public defender with the Committee for Public Counsel Services.
The statement said that Dacres said his real name is Quinton Avant, and Dacres is an alias, according to the defendant and his lawyer.
According to Rubin, his client is expected to remain hospitalized until early next week recovering from wounds to the arm and abdomen, the DA said.
Dacres has been charged with armed assault with intent to murder, assault and battery by means of a dangerous weapon, reckless operation of a motor vehicle, leaving the scene after causing injury, and unlicensed operation of a motor vehicle.
Police say Dacres was the driver of the vehicle that two Ware Police officers stopped on Route 32 on Tuesday evening.
The Ware officers were investigating a store employee report that Dacres and an accomplice used credit cards to make “large quantities of prepaid cards,” the DA said.
According to the DA’s office, when police had stopped the vehicle, near Kingsbury Road along Route 32 in Ware, the suspects, while attempting to flee, “drove directly at one of the officers, who, in response, discharged his service weapon.”
The men sped away “at a high rate of speed, and officers were unable to locate it,” the DA said.
Dacres was then deposited at Baystate Wing Hospital in Palmer.
There was a gunshot wound to his torso. After receiving care at the Palmer facility, he was transported to Baystate Medical Center in Springfield, and underwent surgery.
The DA said Dacres remains at Baystate, is in stable condition, and was placed under arrest Friday morning while at his hospital room.
The Ware officer who shot Dacres was treated for a contusion to his right leg.
But was not seriously injured, the DA said. Ware police placed him on paid leave, which is department policy, when an officer is involved in a shooting. Ware Police Chief Dennis Healey referred questions to the DA. Officials have not released his name.
Charges against Dacres were filed at Eastern Hampshire District Court Friday morning.
To date, no information involving Dacres’ alleged accomplice has been provided by authorities.