SAW NOT PLEASED ABOUT HER BEHAVIOUR 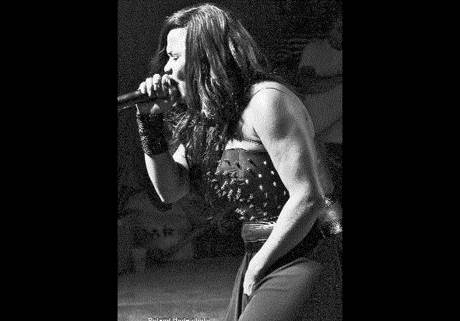 AMONG the talking points of Sting 2013 was the clash between female deejays Lady Saw and Macka Diamond.

But at least one party is not pleased with her ‘performance’

Lady Saw, who was declared winner of the clash, is today apologising for her behaviour on stage, calling it demeaning and degrading to women.

“There are a lot of people rejoicing for me out there after the clash at Sting, but there is really nothing to rejoice about,” she said in a telephone interview with the Jamaica Observer.

“I am not happy about my performance and behaviour. I have stayed away from such clashes over the years, and always said I would never clash with another female artiste as I find it degrading to women and so I have always avoided a clash,” a penitent-sounding Lady Saw continued.

However, the deejay who is still riding a wave of popularity with her track Heels On, revealed that despite her remorse, she was provoked into the raucous performance she gave on the night in question.

“I was provoked. An alliance has been formed against me by some other female artistes and all they do is take jabs at me, make up stories… I could not take it anymore. I was just very angry about all these years of them accusing me of trying to bring down other females in the business and I just exploded. I apologise to my fans in Jamaica and all over the world for a performance which was degrading to both of us as women,” said Lady Saw.

According to the deejay, upon reflecting on the performance, she prayed and realised that she had “failed miserably” at the test which she said was put before her. However, she maintains that it was perhaps something which had to be done in order to silence her detractors.

“They tried to draw me down in the mud and I had to just put on my water boot and show them that I can do this too… I just had to prove the point that I can be classy today, and be a hood rat tomorrow… I am not proud about it, but I could not hold it anymore,” she declared.

During the clash of the female deejays at Sting, both artistes descended into a heated and personal exchange. At the end of the ‘battle’, Lady Saw was declared winner by the massive audience.

0 thoughts on “SAW NOT PLEASED ABOUT HER BEHAVIOUR”