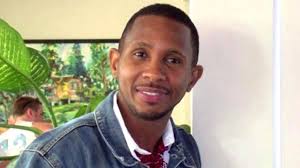 I went back to Barbados for the Christmas and was invited to the Hennessy show to see Laryn hill. My friend was in with the organisers so we were at the back of the stage most of the night where all the artists were and she show me the famous shane brown that I always see on here. He was strutting all over with his arms around a girl that I guessed was his wife they were so lovey dovey. Then one of the girls that was with my friend told us that was not his wife but just one of his girls from jamaica that he sometimes carries when he is travelling with Taurus. She says he have about five different girls including alaine that he used to manage and carries them all over the world to frighten them with money. Why is this man so disgusting Met? Does he have children?