SHE WAS NOT PLEASED 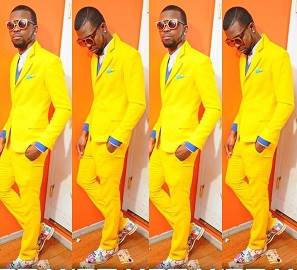 Nigga Dollas need to stop coming on di blogs & frontin like he his this hit nigga, Cuz u some gay nigga……….He his a user and an opportunist, him love likes mon !! Yuh f**king fake!!! Nigga Dick Game is wack as f**k, don’t even mention di rest ……….i don’t know who be fooling Mr.Dollas, cuz his whole game f**k up………U Want to live way above ur means and nigga u ain’t got shit. Dollas how many more females yuh ago trick into borrowing they money before u can go & f**king buy a next pair designer shoes??? How much more batty man party u ago keep??? Nigga claim he sick but sick with tho?(Edited). U have a child and a mother…….remember karma is a bitch! Yuh need to stop it!!!! go clean up yuh dirty laundry & Skelton in yuh closet before dem mentally & physically kill yuh. You wanted publicity so bad yuh sure got it now…………. Stop frontin!!!

0 thoughts on “SHE WAS NOT PLEASED”