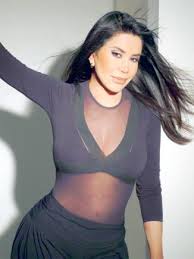 Betty Pino, a popular Miami Spanish-language radio personality — also known for cosmetic surgeries that kept her looking younger than her 65 years — died of complications as doctors tried to remove silicone from her body, an autopsy report obtained two months after her death reveals.

In June, Pino had undergone an operation to remove the silicone injected into her buttocks four years ago. A month later, she had been diagnosed with sepsis. In her final days, doctors had to amputate her hands and feet. By then, she had already fallen into a coma.

Her autopsy officially states she died from complications to remove from her body the silicone.

The plastic surgeon who performed the operation on Pino in June denies that the surgery is related to her death.

“At the end she did not suffer. We were responsible for disconnecting her and that’s what we did,” said Jorge Gaviria, who was also a close friend of Pino’s.

The autopsy report indicated Pino received “hard” implants about 20 years ago to raise her buttocks. A decade later, she changed them to saline implants. But those ended up causing her problems. About four years ago, Pino decided to instead inject silicone into her buttocks.

“Over time the tissue in the buttocks hardened and deformed, causing pain,” states the 17-page autopsy report obtained by el Nuevo Herald.

She sought out several doctors to remove the hardened tissue from her buttocks. However, she could not find a doctor to perform the procedure because “everyone feared the risks and complications.”

Silicone injections in the buttocks are illegal in the United States. The silicone can harden, causing chronic inflammation, infections or even oozing through the skin as the silicone mixes with body tissue.

It’s unclear who gave Pino the silicone injections. But the Ecuadoran-born announcer finally found a surgeon in Coconut Grove who agreed to extract the silicone she had injected.

Dr. Constantino Mendieta, a buttocks reconstruction specialist who is certified by the American Board of Plastic Surgery, operated on Pino on June 14 in his office, 4 Miami Beauty Aesthetics Clinic. After several hours, Pino, of Coral Gables, was sent home.

Pino developed infections on her operation wounds that would not heal, the autopsy said.

“She was admitted to the hospital with sepsis due to infection of her surgical wounds, and after a period of hospitalization with multiple medical and surgical complications, she died,” according to the report, which does not address negligence.

The surgeon, who had met Pino a year before the operation, said the real problem is unlicensed cosmetic establishments performing illegal surgeries.

“The operation has nothing to do with this… There is much misinformation in the report,” said Mendieta, who claims his procedure was more reconstruction surgery than a cosmetic operation.

The report states that the family was considering in early August the possibility of filing a medical malpractice claim, although it was not entirely clear against whom.

Pino experienced vomiting and diarrhea on July 16. She called an ambulance and was transported to Doctors Hospital. A day later, she was in a coma.

She had developed septic shock and a massive infection. On July 31, she was transferred to Jackson Memorial Hospital, where her health continued to decline. On Aug. 6, the doctors amputated her hands and feet.

Pino died the next morning, after the family decided to disconnect the machines that kept her alive, following Pino’s instructions.