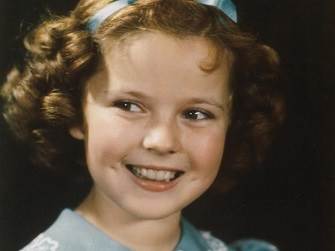 Shirley Temple became an Hollywood star before she was 10 years old.

Shirley Temple, whose charming smile and cheerful voice made her a superstar before she was 10, died Monday at the age of 85, her agent said in a statement.

The “Bright Eyes” and “Wee Willie Winkie” star died of natural causes at her home in California.

Temple began entertaining audiences when she was 2, and appeared in her first feature film in 1932’s “Red Haired Alibi.” By the end of the 1930s she appeared in nearly 40 films, including “Dimples,” “Curly Top” and “The Little Princess.”

Her celebrity ebbed during the 1940s as she grew into a teenager, however.

She then wed Charles Alden Black in 1950, and took on his name. The couple had two children and remained together until his death in 2005.

Shirley Temple Black departed the silver screen only to eventually take a place on the political stage, a move she insisted was quite rewarding.

She twice served as a United States Ambassador under two different presidents, first in Ghana and later in Czechoslovakia. She also served as the Chief of Protocol in the State Department during President Carter’s administration in the late 1970s.