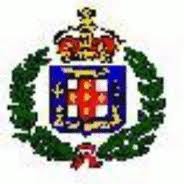 KINGSTON, Jamaica — The Police High Command on Thursday issued a statement on the case involving Adidja ‘Vybz Kartel’ Palmer and his co-accused.

See the full text below:

The Police High Command takes this opportunity to commend the members of the Constabulary who were involved in the investigation and recently concluded murder trial of Adidjah Palmer et al. The case generated a considerable amount of public interest and was fraught with challenges for the Police and all others who worked in support of the prosecution to achieve the outcome that was sought. This opportunity is being taken to highlight the fact that this result came only through excellent teamwork on the parts of numerous individuals within and outside of the Constabulary, in particular, the Office of the Director of Public Prosecutions.

This landmark case has broken several new frontiers for the Constabulary, most notably in the area of forensic evidence, and in particular, the collection, handling and presentation of evidence from digital devices. Despite challenges from the defence, the digital evidence successfully tied the accused persons to the crime. However, as the trial progressed, opportunities were presented for the Police to assess the soundness of the techniques and procedures used in the handling of digital evidence, and significant steps are already underway to improve Police professionalism in this area.

The case also presented numerous security challenges, which resulted in a considerable amount of resources being deployed to protect the prosecutor, prosecution witnesses, including Police officers, and relatives of the victim. In the aftermath of the trial, additional resources have had to be found to protect some members of the jury. Numerous persons connected to the case in one way or another on the side of the prosecution have expressed concerns about their personal security. In the face of the myriad of challenges, intimidatory tactics and threats to prosecution witnesses throughout the trial, the prosecution could not make a single complaint due to the possibility that it could undermine the right of the accused to a fair trial. Now that the trial is over, we are under no further obligation to remain silent about the challenges and threats endured by the prosecution.

Attempts to Pervert the Course of Justice

During the trial, a number of developments took place which we are now at liberty to highlight. These developments were focused primarily around attempts to pervert the course of justice. First, we would like to highlight that very early during the investigation, it emerged that a female DJ was allegedly instructed by Adidjah Palmer via SMS (text messages) to make a report to the Constant Spring Police Station alleging that she was held up and robbed by Clive Williams, the man we knew at the time to be dead. This matter was investigated by the Police and placed before the court, but was adjourned pending the outcome of the murder trial. This case will be back before the court on June 6, 2014.

Based on material extracted from the cellular phones of the convicted men we became aware that Mr Palmer had become very concerned about the presence of Scenes of Crime investigators gathering evidence at the crime scene at 7 Swallowfield Avenue, St. Andrew. Shortly afterwards, the house was mysteriously torched but there were no signs of any similar concern by Mr. Palmer about the destruction of his residence. The examination done by the Government Forensic Laboratory revealed that the fire was deliberately set as the evidence collected was not consistent with an accidental or non-deliberate fire. Traces of gasoline were found in different sections of the house and on items of furniture.

Another significant development concerned the letter that was purportedly written by the main prosecution witness, Lamar Chow, and submitted to the Public Defender. It must be placed on record that this letter was not written by Mr. Chow. It was quite clear that the preparation of the letter benefitted from interaction with a person who had legal training. When the letter was brought to the attention of the Police, we subtly tested the extent of Mr. Chow’s vocabulary and found that he was not familiar with the legal jargons that were in the letter. We further submitted the letter to the JCF Questioned Document Examiner (handwriting expert) who, with the use of the latest computer software that is developed for this purpose, examined the document and concluded that it could never have been written by Mr. Chow. As the science develops, the Police have acquired new computer software which is among the newest tools that are used in the examination of handwriting and other specimen, and it is much more likely to produce an accurate result than examinations done with the naked eye and a mere magnifying glass.

It is noteworthy that the same tactic (presenting a letter to the Public Defender with claims that a witness statement was not voluntary) was used in a previous murder case against Vybz Kartel which contributed to the collapse of that case. A criminal investigation is to be launched to find the person responsible for the production and presentation of the forged letter to the Office of the Public Defender.

Yet another significant development came during the testimony of Detective Sergeant Patrick Linton when it was discovered that his Facebook account was hacked into and postings made to give the impression that the Detective Sergeant held personal grudges against the main accused, Mr. Palmer. The Police had credible information about the hacker and took steps to conduct an investigation into the matter. However, based on legal advice, and out of an abundance of caution, certain aspects of the investigation were suspended to avoid any chance of the jury being prejudiced.

Numerous threats were issued to several persons who had appeared, or were slated to appear as prosecution witnesses. The main prosecution witness had to be kept in protective custody prior to and for the duration of the trial due to several threats against his life and promises that he would be rewarded should he refuse to cooperate with the prosecution. He is still in protective custody. Relatives of the deceased have also been threatened and have to be protected by the State. Additionally, several Police officers have received threats and the homes of at least 2 have been visited by unknown persons who have in some instances, made enquiries regarding the officers and their families. Actual steps have been made to carry out the threats in relation to one of the officers.

Following the testimony of Detective Sergeant Linton, an attempt was made to fire bomb his home when unidentified persons threw a Molotov cocktail at his house resulting in the destruction of a section of the perimeter fencing. Subsequently, unknown persons returned to his house where they left a bag containing photographs of the Detective Sergeant, a cow eye and a cow tongue with his name written on it. It is to be noted that this ritual is practiced in other countries around the world as a warning to witnesses in court cases to keep their silence.

Threats made to the staff of one of the major telecommunications provider resulted in fear and serious concerns among the staff who were forced to avoid wearing any clothing or paraphernalia that identified them as a part of the company. The Police have credible information that actual steps were taken to materialise some of the threats, resulting in the destruction of several meters of cable used by the telecommunication provider along the Mandela Highway resulting in denial of service to thousands of customers.

Intelligence suggests that numerous persons were paid to show up in the precincts of the court to show support for Vybz Kartel and create disorder during the closing stages of the trial. The Police had to take steps to secure the court by closing off certain sections of the road and deploying a riot squad.

guilty verdict. The case against Mr Cain will next be heard in the Corporate Area Resident Magistrate Court on April 24, 2014.

High Command is pleased with the sentence and hopes it will provide the murderers with the time needed to reflect upon the pain and shame they have inflicted on their families and the society.