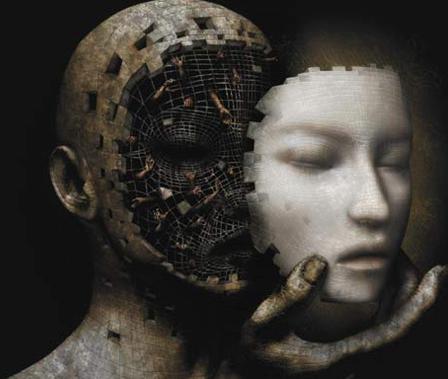 Here I assign 2 levels to this. Any truly wicked person starts out with less powerful beginnings. Unless he is checked, he will continue on to something worse. This spirit is destructive. and sadistic.

**** Note: When people think of witches/”jezebels” in the bible, they automatically think of women. While individual women are occasionally mentioned in scripture, most of the witches were men. Click here for more on male witches in scripture.

Usually NOT religious. Atheistic views. Person could care less about God, and may mock God or others for faith oriented behavior.

May or may not be educated or successful, but is wise in a wicked way.

Internally feels out of control, so the response is to control the environment.

Does not trust others, so has accusatory nature

Can go from peaceful to violent in seconds.

Puts people against each other. Victims may be used as their proxy, interacting with others as they set victims up to take the fall while they enjoy watching the performance.

He keeps his allies and targets separate to avoid exposure, so they do not compare notes, and figure out it is him.

Twisting people’s words, to initiate a wrong view of a situation. Starts his own propaganda.

Scam artist – tries to convince others he is indispensable, the only expert that can handle the problem at hand.

They will agree to anything, then turn around and do the opposite. They will accuse you of breaking the contract.

Legal, custody agreements and normal social or personal protocol mean nothing to them.

They enjoy playing the role of the victim.

Does not like to be contradicted. Will attack you if you do. Will use abusive language and insults.

Expect them to disregard the agreement. Avoid involvement. Be self-sufficient. Avoid any “Trust-Me” lines.

Often successful and intelligent. He can craft complicated deceptions.

May use constant repetition to persuade others. He just keeps telling the story until people start to believe him.

a. By now, he is more mature, and has learned that religion is a useful tool to control others. He is not sincere, but puts on a show to win support.

b. or has adopted an extreme religious ideology that drives radical thinking and behavior

c. He is at war with God Himself.

Can have either open or secret agendas for power.

Recruits others through intentional lies and propaganda.

He can masterfully fake his abilities and credentials, if he does not have them. He is smart enough to be an imposter and get away with it. An example is a terrorist faking his ID to gain access to a country.

He exploits others, and must be in absolute control.

Backstabs his way to high positions.

He ruthlessly abuses his power. Will physically harm others.

Makes threats, and carries them out, with others he has recruited.

His wicked intent is to harm others he opposes, and establish a strong support base.

He places others in problem or failure situations. He can be in control and deny help, putting them in a dependency mode, where they will need him. Dictators do this. They impoverish the people, and then blame their enemies for this, and start a war.

The bully has no social conscience, and is often suspicious and paranoid.

Violent reaction to being contradicted. Reacts strongly to a sense of being exposed, or having control taken away from him. Becomes accusatory, and takes some sort of action against the contradiction – open conflict, or subtle undermining.

Others may support him to further their own objective.

Will break treaties or agreements. Only agrees to peace to buy time.

Will blame other side for a contrived reason, in order to reassign blame for the conflict.

Prepare to get out of the way and put distance between you and them. Don’t get involved in anything illegal. Trying to stop them may backlash with a cascade of retaliation. Or, prepare to defend yourself, because they will try to hurt you.

0 thoughts on “THE MALE JEZEBEL SPIRIT”