THEY CANT HELP THEMSELVES; JAMAICAN PIMP DOCUMENTS LIFE ON INSTAGRAM 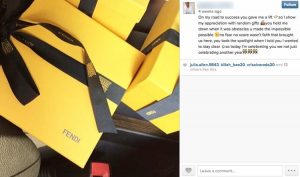 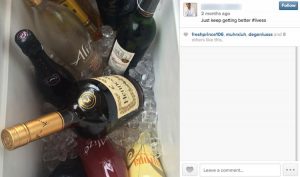 Pimpstagram: Sex Trafficker Left Photo Trail
Accused pimp documented his luxe life on social media site
AUGUST 22–A man arrested by the FBI for pimping out a quintet of underage girls used an Instagram account to chronicle a luxe life, from his stacks of cash and new Porsche to bottles of Dom Perignon and shellfish, shellfish, shellfish.
Following a year-long federal investigation, Wellington Brown, 25, was arrested July 30 for sex trafficking. The Connecticut man is accused of running a stable of teenage prostitutes whose services he advertised on backpage.com, the online classifieds site preferred by pimps.
Brown, pictured at right, is currently locked up in advance of trial on six felony counts.
The girls–ages 15, 16, 16, 17, and 17–were given names like “China,” “Chocolate,” “Delicious,” “Desire,” and “LaLa,” according to an FBI affidavit. The teenagers met johns at hotels and were often driven to these appointments by Sheena Dume, Brown’s 21-year-old girlfriend/codefendant.
One girl told agents that she began working for Brown after graduating from Harding High School in Bridgeport. The teen said that Brown and Dume would “hold on to the personal property of the girls when they go on calls, to ensure that they will return with the money.” She added that Brown did not part with any of the money, but instead “buys things for the girls and takes them to get their hair and nails done.”
Due to his incarceration, Brown has been unable to update his Instagram page for three weeks. The accused pimp used his social media account to keep his 187 followers up to date on his fabulous life. 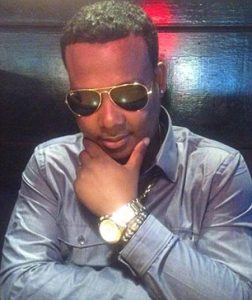 As seen on the following pages, Brown enthusiastically displayed the fruits of his illegal operation and his devotion to luxury brands like Fendi, Porsche, and Louis, Louis, Louis. He photographed a $50,000 gold pendant, a $15,000 gold rope chain, and his Cartier watch. He also snapped a photo of a toy BMW he purchased for his son (the mini Beemer was tucked into the back seat of Brown’s real BMW).
Brown also posted photos of his stacks on stacks on stacks. Like many fellow Instagram devotees, he also photographed his restaurant meals, which often involved crab, shrimp, lobster, and more lobster. And, of course, Brown’s followers were treated to images of his Alize and Henny and an array of iced Dom Perignon.
As with most of his Instagram photos, Brown’s champagne shot carried a pithy caption. “I’m way too young to be living like this but I love it,” he reported. “I [email protected] love it.”
If convicted of sex trafficking, Brown could face life in prison.

0 thoughts on “THEY CANT HELP THEMSELVES; JAMAICAN PIMP DOCUMENTS LIFE ON INSTAGRAM”