WHEN MAN A PLAN, GOD A WIPE

To everything there is a season and a time to every purpose under the heaven.”- Ecclesiastes 3:1 (KJV)

‘When man a plan, God a wipe’ is a phrase regularly uttered by Jamaicans – believers and non-believers alike. And like many, Danielle Douglas had her life all planned out.

“I have always had plans for every stage of my life, and getting a job after graduating was one of the major ones. Unfortunately, after leaving the University of the West Indies (UWI) in 2015 with a BA in journalism (honours), I’m still unemployed. 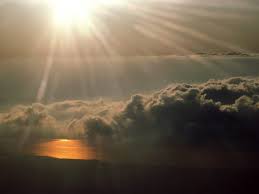 “After vacation during the previous summer, I had so many things planned for my life that by now, I thought would have been a reality, but that wasn’t the plan God had,” Douglas said.

“I applied to numerous organisations, did interviews, and I was commended for being so confident, optimistic, and focused, but I was never called to show up for work. With frustration and depression starting to give me their best shot, I gave up on seeking employment. I just had the don’t-care attitude, and when asked about being employed, my expressions could tell you I wasn’t, neither was I interested in such a conversation,” the 23-year-old told Family and Religion .

This was followed by a period of questions aimed at God: What are your plans for my life, Lord? What was the point of me wasting three years at UWI?

“It was during this time I realised the importance of Jeremiah 29: 11: ‘For I know the plans I have for you’ declares the Lord, ‘plans to prosper you and not to harm you.’

“Being unemployed, especially given the state of our economy, is definitely not what anyone would desire, but I can say, without a doubt, that though I’m unemployed, I’m still comfortable and I’m contented. Not many persons can say this, but I’m a firm believer that each of us has different seasons to flourish, but it’s all in God’s timing,” she said.

Douglas, who has been a Christian for almost a year, was pleased to reveal that though she is still without a job, her season of thanksgiving is now and her phase of worry is no more.

“The depression and frustration I had a few months ago have been replaced by joy and happiness, and I give God glory for every single day He has allowed me to see. I might not be working, but my Heavenly Father works on my behalf and my needs are well taken care of.

“My word of encouragement for other people who are unemployed is to trust God and rely on Him totally because He knows the plans you have for yourself are minor compared to the major things He is waiting to bestow upon you,” Douglas said.