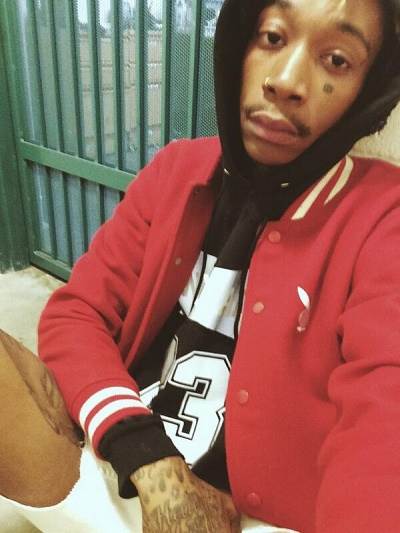 CNN) — Allow us to take a moment to recognize Wiz Khalifa as the new king of #selfies.
According to TMZ, the rapper — who has a well-documented penchant for toking — was arrested early Sunday morning at a Texas airport after a “green leafy substance” was found during a security check.
But it looked like Wiz, who was born Cameron Jibril Thomaz, wasn’t too stressed about the situation as he tweeted a pic of himself in jail with the caption “Jail selfie.”
Jail selfie. pic.twitter.com/l01qB8oLrm
— We Dem Boyz (@wizkhalifa) May 25, 2014
Talk about making lemonade out of lemons.
He also tweeted a picture of the barred jail door saying “Free Trap Wiz.” That cry was quickly picked up by fans on social media who turned it into a hashtag, naturally.
Free Trap Wiz. pic.twitter.com/E39UYWTG8d
— We Dem Boyz (@wizkhalifa) May 25, 2014
MTV reported that he was released after a few hours and charged with being in possession of 0.5 grams of marijuana. He has been cited for simple possession of marijuana in the past, including in 2012 before one of his concerts in North Carolina.
The rapper’s new project is titled “28 Grams” and is expected to be released soon.