CEASAR IS DUE HIS DUE- MAVADO AND BOUNTY WAR 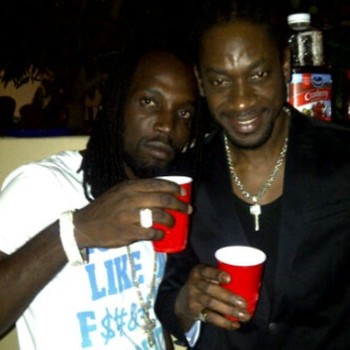 Bounty’s party was in June 2011, by July , Mavado was said to have given his cousin Chase Cross a song ode to Gully but dis to Bounty Killa. The song cited jealousy stemming from Mavado’s success. At that point, Connie was not buried yet. Mavado traveled and spoke to Killa the song spoke of a success that had not yet happened , obeah and spoke loudly that there was no friendship. Mavado did not state his own feelings to Bounty, in fact by the December of 2011, they were seen at parties in Jamaica as if nothing had happened. Men from Gully-side were travelling and doing shows. Flex who was signed to Hapilos was the only one who did not get involved with subliminal messages in songs. Mavado got signed to Kahleed’s label
The September before the December David Rainsberger was reassigned and later removed. It is alleged that U.S authorities stopped Mavado on one of his trips and an investigation in to how he had obtained a visa back into the country began.A marriage was said to be the only way to cement his footing in the U.S. Mavado married Monique, the ex-friend of his baby mother Gavesha, in Miami 2012, a wedding he denied for months. By this time, Rainsberger was in real hot-water. Bounty knew nothing of this, the only hint he had was that all of the men from Gully who traveled had their visas revoked. Flex who was traveling with Mavado at the time, was called back to Jamaica and asked to report to the police was not allowed to continue his tour because his visa was gone. Mavado denied any association with Flex at the time . Flex was outraged, not only because of what Mavado said, but because his visa was gone. He voiced his upset in song.What no one knew was why Mavado had denied the association . We now know that it was at the time when investigations were going on into who Rainsberger had given unauthorized visas.
Busy Signal who had an air of mystery around him was extradited by U.S authorities.
Little by little things began to add up to Bounty but the extent of Mavado’s loyalty was not known until the documents of Rainsberger’s trial were released and word hit the streets that Mavado had given instructions on who should or shouldn’t get visas. The court documents listed Mavado and Julian by their initials put a wrench in the trust and a truck in the friendship. Artistes felt like that had been sold out, Busy Signal’s camp was said to be pointing fingers at Julian.
>>>>I am guessing that this is what Mavado is saying that Killa is calling his name about<<< Mavado made subliminal insults in songs but still spoke to Killa whenever he saw him. It was not Killa who spoke to him as he said, it was the other way around. Late last year, Mavado celebrated his birthday at Club Famous and invited a U.S Rapper along with Bounty but placed Bounty's name much smaller than he had the Rapper. Bounty used this a leverage to sever the already strained friendship by voicing his disgust on Instagram and Twitter... <<<<<<<<< Will do some more investigation into the claims of Connie being used as sacrifice>>>>>>>>>